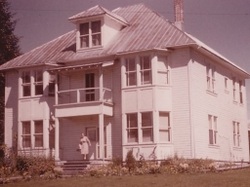 The hospital organization that is now Petersburg Medical Center had its beginning in 1917, when a three-story wooden home on 2nd Street was purchased and converted into a medical facility that began operating as a hospital that same year.

The assets were transferred to the city of Petersburg on May 1, 1921.  When the Petersburg Borough was formed in 2013 the hospital was recognized to be independent in nature from the Borough.  The hospital board is responsible for the financial condition, hiring of the CEO and medical staff, and making financial decision regarding the hospital independent to of the assembly. The hospital is a non-profit 501c3 corporation. 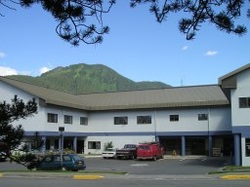 A replacement hospital was built and occupied in January 1955, and a long-term care wing of 12 beds was added in 1969.  The current acute care nursing floor and outpatient services are housed in a building completed in 1984, and a physicians’ clinic was added in 1994 to make up the current facility configuration.

Now known as Petersburg Medical Center, the organization has a long-standing reputation for providing quality medical care and compassionate service.